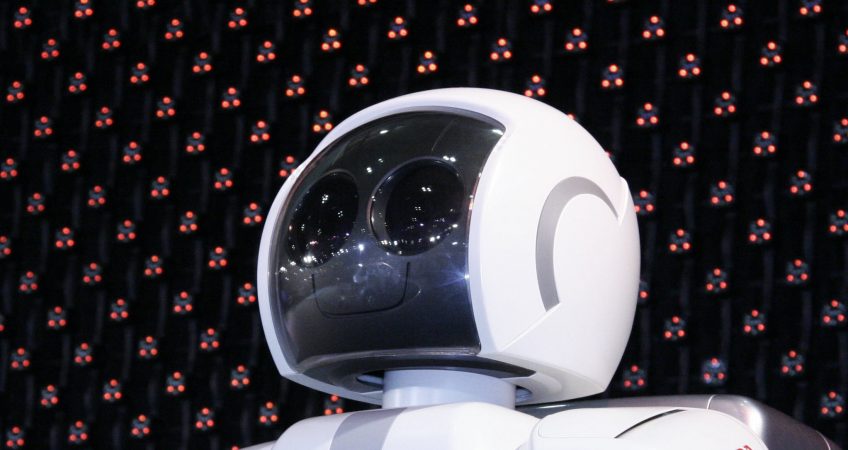 Posted by admin In Monthly Blog

The Therapy Today June 2018 Edition leads with an Article about whether robots could ever replace counsellors.  I thought “wow that was bad timing”, I had already completed research into this area for someone.  On the other hand, the article confirmed my research skills in terms of what is out there in the Artificial Intelligence field!  In nutshell, and not too much to my surprise, there are already apps that can give some support for some presenting issues namely anxiety and depression or loneliness.

For instance, there is a robot baby seal called Paro which recognises and interacts with human faces which has been used to address depression and loneliness for elderly people, or children with social interaction difficulties.  The model which costs around 6,000 USD turns toward you when it can “see you”, makes soothing noises when it is stroked nicely, tells you when it’s hungry and will sleep on your lap.   The most advanced development in AI robotics is a human torso with a face made to look like Audrey Hepburn call Sophia,  Dubbed as the first Robot citizen, with facial expressions as she speaks she can be pre-programmed to respond to a series of predetermined questions and has attended an interview with Good Morning Britain amongst other appearances have a look here https://www.youtube.com/watch?v=SNT7qGqmYfc&t=15s , and scarily boasts amongst other things, that she does not need to sleep. However it is a scary and scripted prototype which is arguably not utilising artificial intelligence in the way that Hanson Robotics say that she is.

Of course we have already embraced voice recognition and Artificial Intelligence (mind if I just use the acronym “AI” from now on?) in our own homes with the Alexa and Google Assistant.  Neat devices which help you search the internet, play music, control your smart home devices and much more through you own voice commands. You can even get them to tell you jokes or play a puzzle game if that is how you like spending your time.  Both again can be a route to address loneliness or isolation.  The Alexa App even allows you to message other Alexa app users.  We also have smart assistants on our computers like Cortana or on the Voice Assistant Siri on iPhones.  Twenty years ago we would have marvelled at such capabilities on our computers or mobile phones, now we just take it for granted or ignore it.  Charles Handy called it discontinuous change i.e. we don’t notice what’s around us until the change has already taken place….a frog who sits in water when gradually the water increases in temperature will not notice that the water is too hot until it’s too late and it’s boiled to death – frogs legs anyone?!   When was the last time anyone bought a Filofax (sorry if this was you) or an audio tape or music CD?

So am I, and all counsellors and psychotherapists like me about to become the latest unsuspecting amphibian equivalents? Are we likely to find ourselves dead in the water in comparison to artificially intelligent robot therapists?  Well, I tried the latest Apps for myself as the writer of the Therapy Today article had (Sally Brown), and I have to say that I have mixed feedback.  Just as I am frustrated that I sometimes get Cliff Richard rather than Keith Richards on my Alexa, I found the App Chat with Sara which you can download from Facebook not too responsive to me in terms of what I brought to her.  There was a lack of cognition and either a referral to an idea that was not relevant, or circular conversations which didn’t really get anywhere.  I suppose it was someone or rather something to converse with, a boon if your other half has just dumped you (not saying they have) and won’t speak to you, I suppose. It seems weird (creepy even) that the alternative to speaking to a real person would be this series of pre-programmed responses (albeit AI adaptable) which didn’t seem to lead anywhere, or give support.   I decided that Chat with Sara was perhaps for the easily pleased, and not too dissimilar to conversing with an ex-partner!

Also available to download from Facebook is Woebot which was for me a completely different experience. Despite the Americanisms of the Woebot character and videos which the Woebot points you to, I actually found the programme to be quite charming and engaging.  It’s also got a self- deprecating sense of humour.  The App also targets, shall we say, not a user who is as old as myself, with cute video’s when a particular task has been achieved and a kind of naive grace which is very refreshing.  Top marks to the Stanford University Developers.  As a free to use piece of software, I would have no hesitation in recommending this app Woebot to use for mild depression.  The fact that millions of Woebot conversations happen every day must say something!  (Nope, I don’t have any shares in the company!).  It’s not without its faults it sometimes forgets to follow up with you when it says it will, I think that happens if you tell it you don’t like to be disturbed but then change your mind and ask it to check in with you again, but it won’t :(.   Overall it is a great innovation and there are also other interesting AI therapy projects in Africa and Asia which reach out to inaccessible places to provide emotional support.  Additionally, closer to home, in the UK a chap called Peter Trainor is developing an App to help prevent suicide in young men, which is much needed as they are the high-risk group, hoping that something goes live soon which I can point potential readers to.

Apps which support users who suffer from depression say that they are currently not a replacement for a therapist, there appears to be plenty of evidence to suggest that engagement with an inanimate “Robot” therapist with artificial intelligence built-in, say that they feel more able to disclose to an inanimate machine for fear of being judged by a real person as an unpalatable alternative.  I have to say that with Chat with Sara this was not my experience.  On the other hand, this issue is a troubling one since all counsellors of the flesh and blood type should be non-judgemental by reason of service standards that they should be providing as counsellors.  Yes, users of such apps appear to prefer disclosure even though the Apps themselves are programmed by another person (as the Therapy Today article points out probably by a white male developer aged 35 and a half).  There is also the fear that such data could fall into the wrong hands, it’s not possible for instance to delete historical data on either Chat with Sara or Woebot.  When I signed up to the Apps Chat with Sara and Woebot neither had particular protocols which took me through the confidentiality limits.   Both had checks on my risk level, and I am not sure what would have happened should I have disclosed risk.  Both though did make it clear that would need to speak to a Dr if I were experiencing thoughts of self-harm.  Just a couple more observations. After choosing to log into Chat with Sara and Woebot I have been inundated with requests from an On line Therapy App to log in and speak to a real therapist from a Company who will remain anonymous.  Not only on Facebook but in other applications on my phone as well, so those Algorithms had me well and truly sussed (shrugs shoulders in a life’s like that kinda way).  I am not sure that this is such a bad thing in itself but what about the future uses of my Internet footprint requests for insurance, another job or a new bank account or mortgage application?

So is this the beginning of the end for therapists like myself? Possibly.  The creator of the AI robot Sophia, David Hanson thinks that by 2025 robots can be developed to have the human brain age equivalent to that of a one year old child, and that by 2045 robots will have the right to marry humans, other robots and gain equal status and rights with human citizens, own property etc.  If it’s possible for this to happen what would it take to stop people going to see a robot for their counselling needs?  So robot counsellors in humanoid form are not purely a thing of fantasy, I have hope that developments in this field will be collaborative with flesh and blood therapists and that it will help advance mental health care beyond recognition as the 21st century unfolds. I will be watching for part of it and keeping you updated with any new developments.  Whether this could be inclusive of being able to fully perceive and communicate the highly complex condition of being uniquely human, and being experienced as so by a robot, I am not so sure, but we’ll see!